The circus that is social media conveys the zeitgeist of the day and occasionally the news feed gives you a gem worth stashing away for later. With 2017 coming to a close, we are in the midst of reflecting on our favorite music and saying our final goodbyes to the musical heroes we lost (looking at you Petty, Berry, Fats, etc.). Recently the herd tendency is to lament on how much the current year sucked for various reasons. I’m not going there, each year stands on its own successes and defeats and as I age I’m finding it takes way more energy to be pissed off at the world than to embrace the good around me and bring constructive change where I can. It’s easy to tear down, it’s better to build up, love people, and sometimes look back at tense times with a sense of humor to take the edge off. In true P1 form, I’ll quote legendary sports radio and broadcaster Norm Hitzges by asking the rhetorical question, “Isn’t it fun to laugh a little?”

Here are a host stashed tweets that construct a light-hearted retrospective of 2017. Most of it is from our own Texas/Red Dirt monkeysphere and I hope it brings a smile to your face.

Going back to January…

Apparently, this guy didn’t like my glowing review of Sturgill Simpson’s performance on SNL. 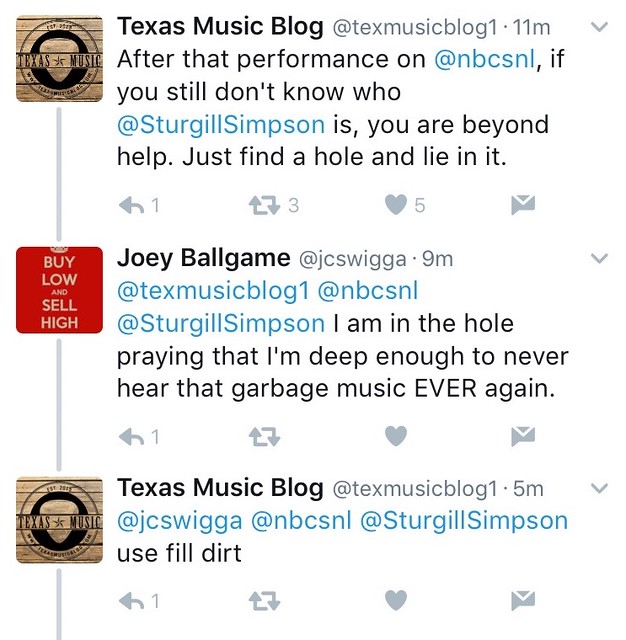 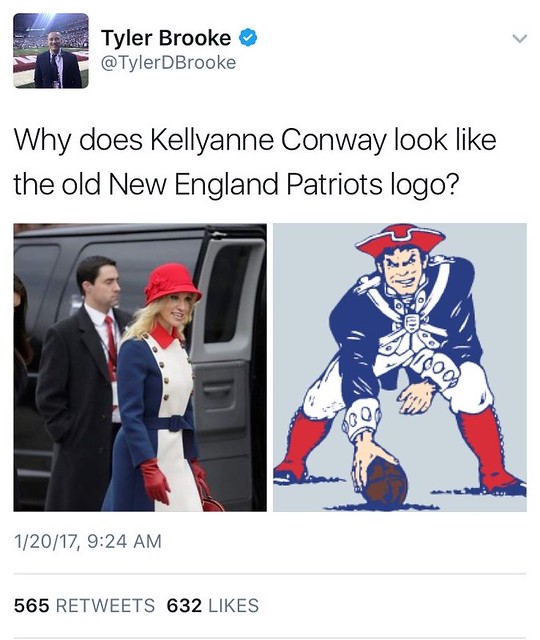 That week where Fort Worth’s own 95.9 The Ranch tweaked their format to include mainstream artists like Bruce Springsteen, Gary Allan, and Brad Paisley? Leave it to Dalton Domino to mount a defense:

Thank you, Bryon White, for such colorful sentiments: 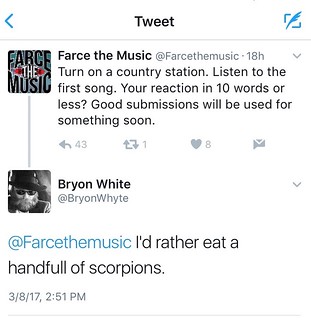 Earlier in the year, I asked Flatland Cavalry’s Laura Jane Houle about the growth of her stalker fanbase after this picture surfaced in 2016. 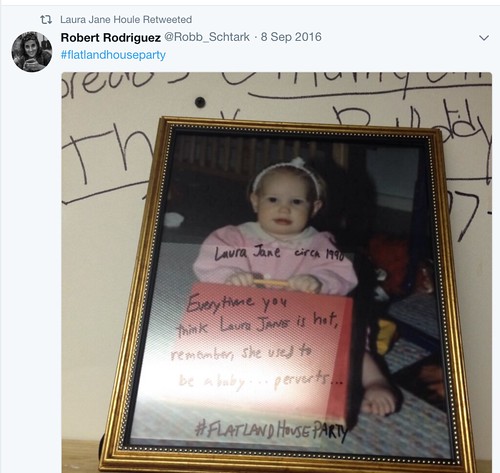 Probably no coincidence my chat with her is the most watched interview on the Texas Music Blog YouTube channel this year.

We’re having fun here no? 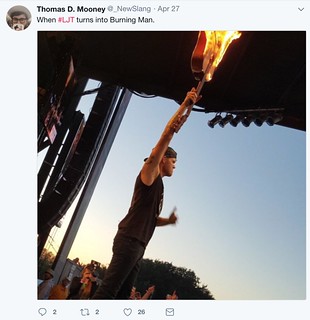 Challenge issued by Mr. Mooney, challenge answered by The Co-Write’s own Donovan Dodd: 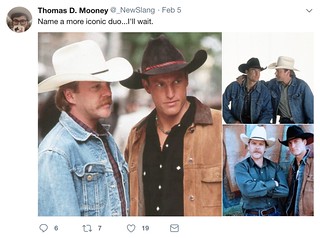 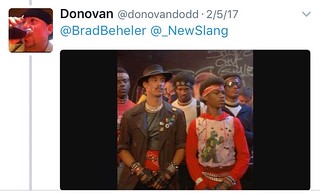 Winner of “Top Smackdown by a Texas Artist” goes to Josh Abbott: with honorable mention going to Rich O’Toole’s mom: 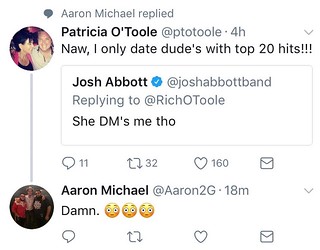 POTUS pays a visit to Texas: 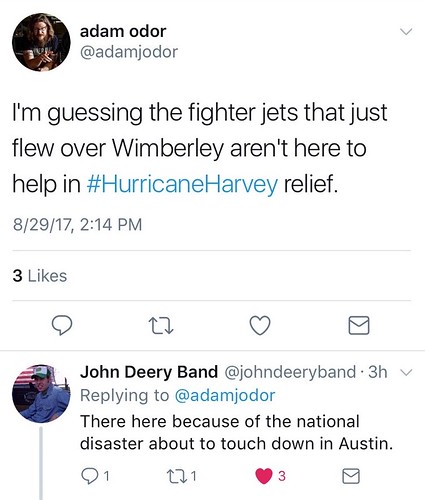 I don’t think God Himself could have created more perfect Halloween costumes for these two: 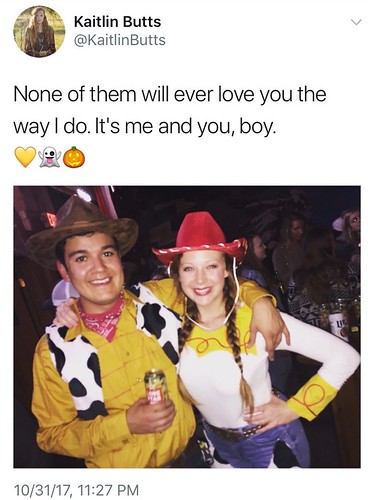 A Baylor Bear asks an Aggie… 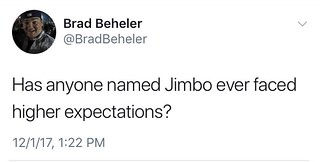 Finally, could you ask for a better way to end the year? Snow at Gruene Hall with William Clark Green sounds pretty darn perfect. 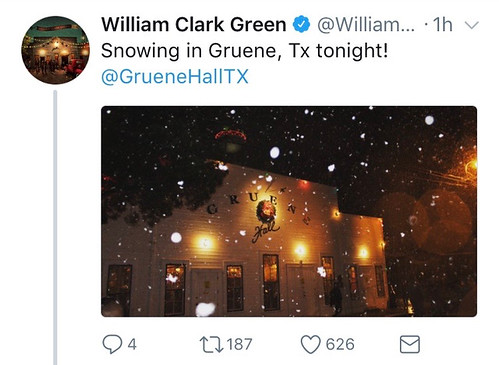 Enjoy the holiday season everyone!

My entanglements with the music of Pat Green are well documented.  I’ve written and spoken thousands of words about it over the last 20 plus years.  The wave of energy that crested in the late 90s with Pat’s ascent is something that will not be recreated or experienced again.  His affable awshucks demeanor, blazing stage presence, professional band, catalog of songs and general attitude had not been seen before and it has not been seen since.  He took what Robert Earl Keen and Jack Ingram were doing next level.  He leaned on guys like Walt Wilkins and Joe Ely to